Pete and Larry had not seen each other in many years. Now they had a long talk trying to fill in the gap of those years by telling about their lives. Finally Pete invited Larry to visit him in his new apartment. "I got a wife and three kids and I'd love to have you visit us."

"Great. Where do you live?"

"Here's the address. And there's plenty of parking behind the apartment. Park and come around to the front door, kick it open with your foot, go to the elevator and press the button with your left elbow, then enter! When you reach the sixth floor, go down the hall until you see my name on the door. Then press the doorbell with your right elbow and I'll let you in."

"Good. But tell me...what is all this business of kicking the front door open, then pressing elevator buttons with my right, then my left elbow?"

"Surely, you're not coming empty-handed."
Posted by Jennifer AKA keewee at 1:56 AM 4 comments: 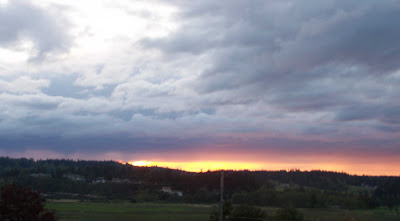 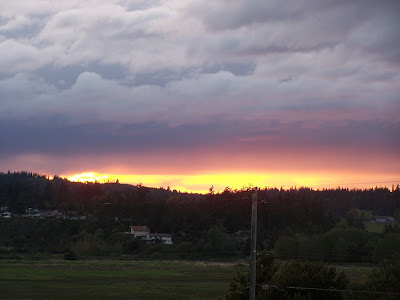 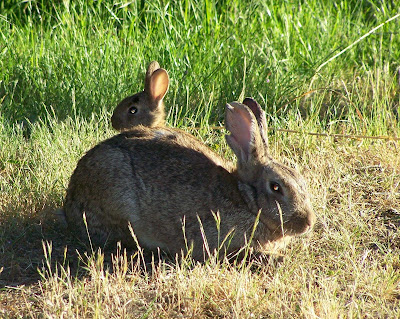 What are the crows mulching?

They are mulching their nest. 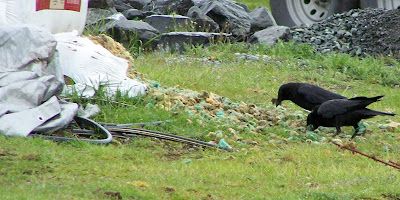 Through our kitchen window I noticed a couple of crows picking up beak fulls of mulch from a broken bag. 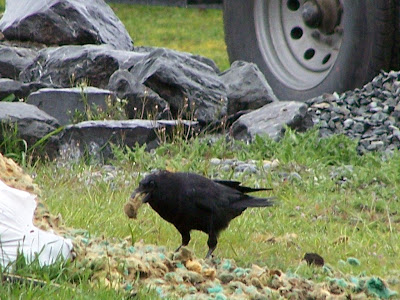 That is a large chunk to carry back to your nest. 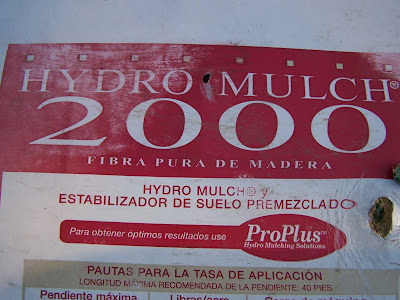 The mulch is what grass seed is mixed with, along with water in a large hydro seeding machine, before being sprayed onto a lawn area, or any other place a person needs it. 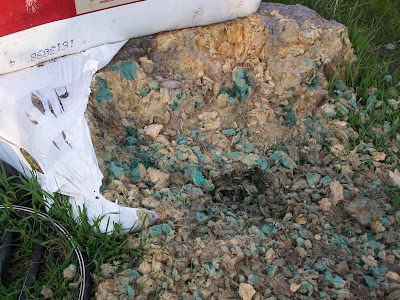 The bag of mulch belongs to a landscaping friend of ours, who left it on our property.
I am sure the crows are happy to have the mulch to line their nest.
Posted by Jennifer AKA keewee at 6:29 PM 2 comments:

John & Bill were fishing down by the Ohio River on different sides of the riverbank at night. John was catching a whole bunch of fish for his family, but Bill hadn't caught any and was frustrated and called out to John, "How come you've been catching all them there fish and I ain't caught a single one?"

John picks up his flashlight, turns it on, and replies, " Why don’t you walk across this here beam of light?"

Bill was outraged and replied, "Do you think i’m stupid? When I get half way you'll turn it off!!!"

Posted by Jennifer AKA keewee at 1:03 AM No comments:

It was supposed to be a fun weekend

Not one plagued with problems.

I am talking about our weekend getaway. Friday morning we had our RV loaded and ready to pull out so we could catch the 10:30 ferry from Keystone to take us across to Port Townsend. We were heading over to Silverdale to shoot in the first official Western Washington Steel Challenge match, the KRRC club was to put on.

We pulled out of our roadway onto the road leading to the main highway, when there came a strange whirling/grumbling kind of sound from, I thought near the stick shift of our RV. Mr C. and I looked at each other and said "what now?" We were very close to our mechanic's workshop, so we pulled in. After Mr C and Mechanic Mike, took the RV for a short drive, it was decided that perhaps the speedometer was going out, so they unhooked the cable. Yes indeed, the noise stopped, but now we did not have a way to determine our speed, and getting a speeding ticket was not in our plans.
We drove the quarter mile back home and picked up our GPS which shows your speed.

On the road again, we had an uneventful crossing on the ferry, and a pleasant drive until we had almost reached our destination. We stopped at an intersection and the engine died. Another look at each other, and another WHAT NOW!!!!!
Mr C. Got the vehicle started, and we limped to the range, where he popped the hood and looked to see if he could find what was causing our distress.
As Mr C. was nose down under the hood, I went about changing the fridge over from 12 volt to propane, and turning on the furnace, as it was very cold out side. I pushed the furnace thermostat over onto heat, and waited, and waited, and waited. Not a peep out of the furnace.
Sheesh! I was afraid to tell Mr C. we had yet another problem. It turned out there was a faulty connection on the battery and the house battery was not being charged (simple version) We borrowed a battery charger from a friend, and not to bore you with the details, we had heat for the rest of the day and during the night. Thank goodness for that, as I can be somewhat cranky when I am cold and miserable.

Saturday, the day of the match, was sunny but cool, and the match went well. Mr C has 'tricked' out my gun and it sure does shoot very nicely. Did I mention that it also looks way cool *grin*

After a day of shooting, we decided we had best limp our way home, instead of camping out at the local State park, as we had planned. Our RV got us home, and yesterday Mr C worked on it all day. Poor guy was so sore and tired at the end of the day, and we still don't know if the problem is solved. Grrrr!
Mr C says, "when you win that lotto, we will......................."
Well, at least dreams are free.

Now on a high note, we just received the scores for the match. I placed 5th over all (40 shooters) then was third in my division, with Mr C in first place.
I am tickled that I did so well, as I have not competed in a match since last July. 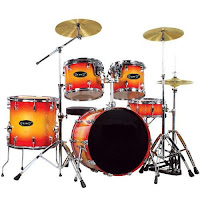 Finally, before the whole orchestra, he said, "When a musician just can't handle his instrument and doesn't improve when given help, they take away the instrument, and give him two sticks, and make him a drummer."

A stage whisper was heard from the percussion section: "And if he can't handle even that, they take away one of his sticks and make him a conductor."

Posted by Jennifer AKA keewee at 6:26 PM 3 comments:

This says it all about our weather today 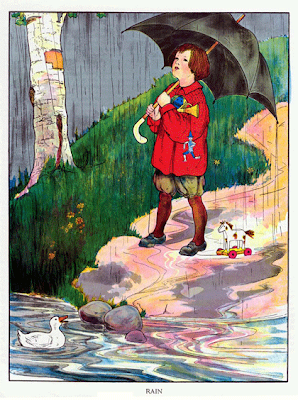 6. Rain, rain, go to Germany,
And remain there permanently.

10. Rain before seven,
Fine before eleven.

11. Rain on Monday,
Sunshine next Sunday.

from http://www.mamalisa.com
Posted by Jennifer AKA keewee at 10:28 AM 3 comments: