Our weekend at Abbotsford Canada

This past weekend we shot the Steel Challenge pistol match at Abbotsford BC Canada.Although I did not do well, I had a grand time and made new friends. We will be going back to this range in the future. 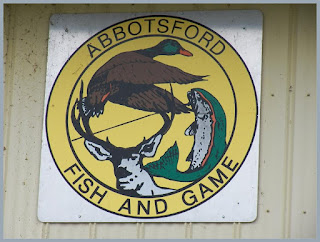 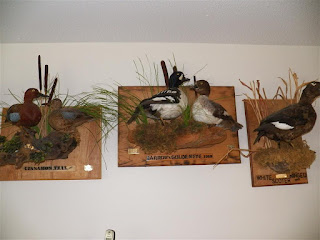 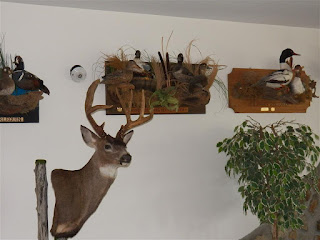 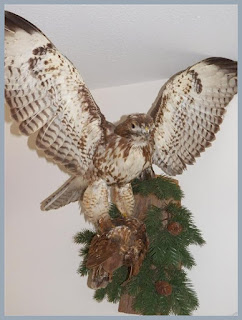 Posted by Jennifer AKA keewee at 3:07 PM 2 comments:

This afternoon we heard a commotion on the road outside our house, and when we went out to investigate we saw firetrucks and aid vehicles parked in the pasture alongside the road. We asked what was going on and were told there was a small plane upside down in the wetlands down below our house.
The story goes, a homebuilt aircraft ran out of fuel and attempted to put down in the pasture, but must have flipped when coming up against the tall grass. Fortunately the pilot was unhurt. 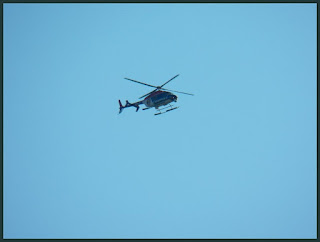 A couple of local television station helicopters flew around the scene taking footage for a newscast.
Posted by Jennifer AKA keewee at 7:26 PM No comments: 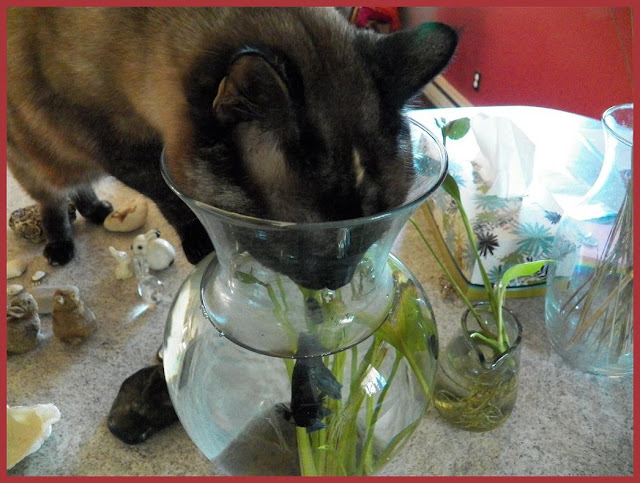 Thursday afternoon we left Whidbey Island in our RV for Smelterville Idaho, to compete in the Eddy Brown Memorial Metal Match. On December 28, 2000 the man responsible for bringing the Steel Challenge Shooting event to Canada and the Northwest died of a massive heart attack at the age of 37 in his home in Cranbrook, BC. His name was Eddy Brown.
The drive was long but uneventful, and around 9:30 pm we finally pulled into a place beside the river near our destination, to catch a few hours sleep before driving out to the range in the morning.We thought there would be guys at the range, who would need some help sometime on Friday to set up the steel targets for the match to held on Saturday, but later on we learned the targets would be set early in the morning. 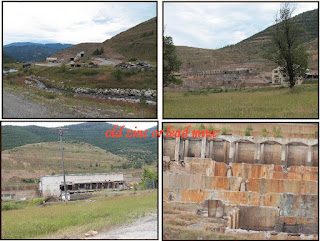 This interesting old mine is located in the valley,down the road from the range. 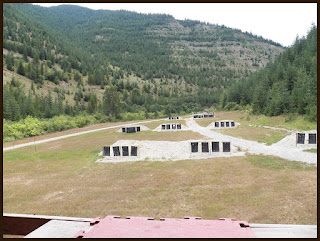 We decided to hang out at the range for a while on Friday, and the only cool spot we could find, was up in the covered shooting area for the rifle range. Every so often a cooler breeze would find us, giving us a little relief but it was still uncomfortable, especially as there were also pesky, annoying flies buzzing around. As we rested, we noticed the clouds rolling up over the hills in the distance, and knew an electrical storm was in the making. We decided a nap was in order so we went back to the RV, opened all the windows and settled in for a nap. Pretty soon the wind was gusting, and thunder rumbled in the distance. A few drops of rain pattered on the RV roof so I closed all the windows and settled back down to listen to the thunder and lightening storm which surrounded us. All of a sudden there was what I thought to be very heavy raindrops pounding us, but looking out the window we saw dime sized hail coming down. Wow! what a storm, with wind, thunder, lightening, large hail, then it all passed over us, the sun came out,and finally we had humidity. Gasp! 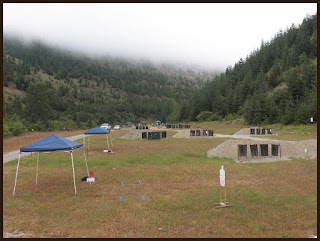 The morning of the match dawned cooler with fog drifting down over the hills, and those pesky flies were not around to torment us, although we do carry bug spray to protect ourselves. 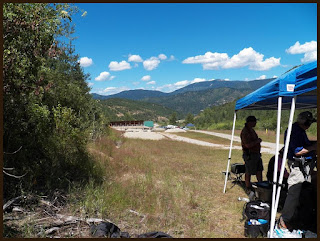 It wasn't long before the fog dispersed and it became quite hot. We were thankful for the canopies which were placed for our comfort. This photo is taken from the uppermost stages, and I can tell you it is quite a walk up the hill in the heat carrying heavy equipment. 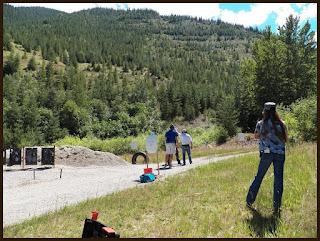 As you can see, the range is located in a valley surrounded by very high hills, but the photo does not really show just how high those hills are.
We had a great time shooting the match, and as usual we met some new people who also enjoy the sport as much as we do, and we hope to meet up with them again next year.

You ask, how did you do?
A picture or two speaks a thousand words

Posted by Jennifer AKA keewee at 1:42 PM 3 comments:

You have heard of Jack - in the - box

Whidbey Island through the camera lens

On Sunday 8th of July, we drove a friend from Holland up the island to see this spectacular bridge, which connects Whidbey Island to the mainland, and as we were returning from across the bridge, we saw four ambulance/aid vehicles in the parking lot. Then as we drove further south, there were more ambulances, a fire engine, and other emergency type vehicles racing with sirens blaring, North towards the bridge, and the site of an obvious tragedy. We have not heard anything further about the incident. It is a sad fact that people jump from the bridge to end their lives.
Posted by Jennifer AKA keewee at 10:08 AM 1 comment:

We are fortunate to live in a home overlooking Useless Bay Whidbey Island, and on July 4th every year, we are treated to a wonderful fireworks display. The folk who live in the homes down on the beach,always put on a spectacular show, so we can sit back with a drink and some snacks and simply enjoy all the sights and sounds as families celebrate the 4th of July.

As you go about celebrating this 4th of July don't lose sight of why, we are celebrating.
It is not just about barbecues, and fireworks.
Have a safe, happy 4th.


On July 4, 1776, we claimed our independence from Britain and Democracy was born. Every day thousands leave their homeland to come to the "land of the free and the home of the brave" so they can begin their American Dream.

The United States is truly a diverse nation made up of dynamic people. Each year on July 4, Americans celebrate that freedom and independence with barbecues, picnics, and family gatherings.


“I pledge allegiance to the flag of the United States of America, and to the Republic for which it stands. One nation under God, indivisible, with liberty and justice for all.”