You are a bunch of bullies

I don't know if this cat who often hangs out in warm spots in my gardens is feral, I have my doubts, as it isn't all that afraid of me. Anyhow, it was curled up trying to nap in the sun when I walked by with my camera, taking pictures of flowers in the garden for a blog post. He/she gave me one of those "clear out and let me be, looks" so I went about my business.
Later on, I was spreading fertilizer on the vegetable garden, when I noticed the cat sneaking up towards the rabbits who were eating the food, I had put out for them earlier on in the morning. I had, on previous occasions, seen the cat eating some of the bread I feed the rabbits, and I am sure it was after some of the same. However, this time the rabbits were not going to share, and they hopped towards the cat who turned tail, and beat a hasty retreat. 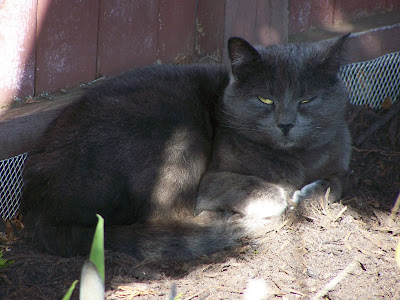 "Isn't there anywhere a cat can take a nap, without being disturbed?" 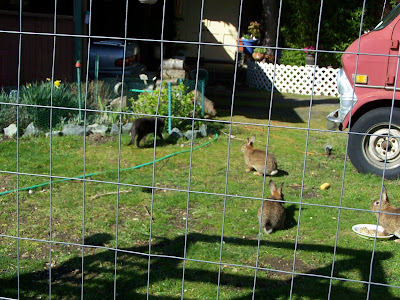 "You rabbits really are a bunch of selfish jerks."
Posted by Jennifer AKA keewee at 12:21 PM 1 comment:

My patience is being rewarded

Around last November, I was given this orchid by a friend. 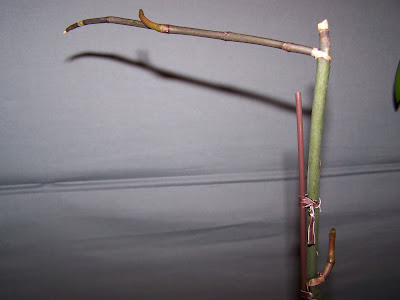 She was going to throw it in the garbage, but the gardener in me could not let that happen, so I brought it home to see if I could coax a bloom or two out of it.
After a month or two, I was excited to see a couple of buds, then as the weeks went by, I eagerly watched as they grew, and grew and grew. I thought I would never see any flowers. 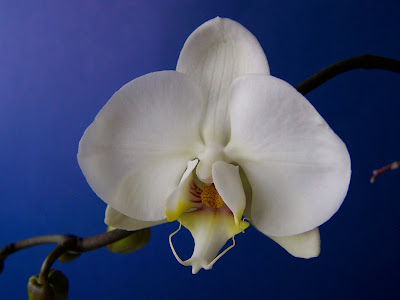 Yesterday the first fat bud popped fully open, to reveal this gorgeous bloom.
I guess I do have a green thumb after all.
Posted by Jennifer AKA keewee at 8:40 AM 1 comment:

The baby rabbits are not much larger than the quail. 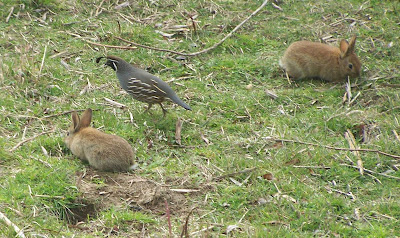 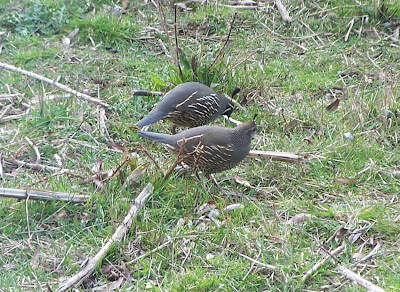 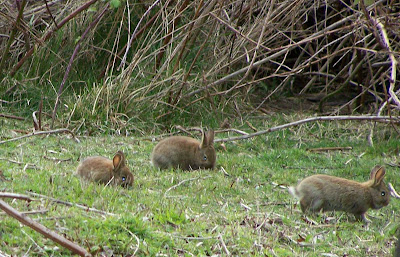 Posted by Jennifer AKA keewee at 1:04 PM 3 comments:

Spring is wonderful, for many reasons. 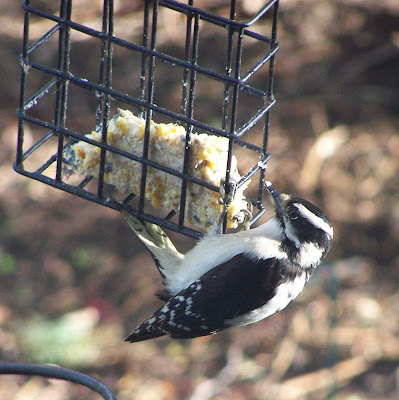 Hairy woodpecker
I just love this time of year, as all the birds have returned after a long winter. They are staking out their territories, singing for mates, and setting up home. This is the first time I have had a Hairy woodpecker visit the suet feeder, although I have often seen the little Downy woodpecker.
I went back and took a look at the differences between the two woodpeckers, and I may have been mistaken, I think this may be a downy woodpecker as it seems to have shorter bill.

Posted by Jennifer AKA keewee at 9:00 AM 3 comments:

I got my exercise today.

Today I enjoyed the company of folks in the Meet Feet group, as we walked Mistletoe loop and Zaggy's loop in Putney Woods. 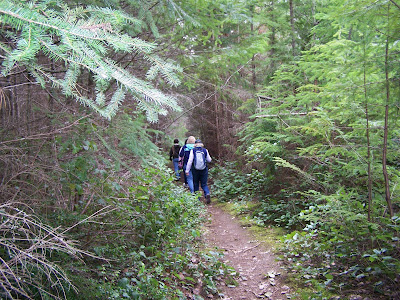 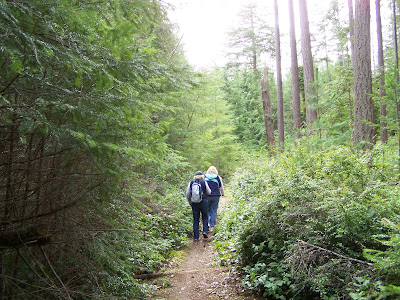 We are so lucky here on the island to have so many wonderful trails we can hike. 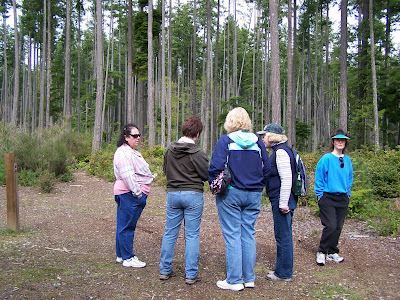 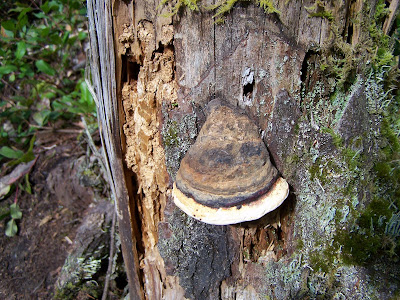 We walked close on two hours and as my pedometer was not working as it should, I am not really sure how much distance we covered, but I am guessing about 4 miles. I know I was tired when I arrived back at the parking area.
Posted by Jennifer AKA keewee at 6:59 PM 1 comment: 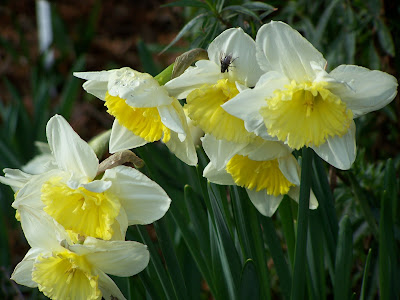 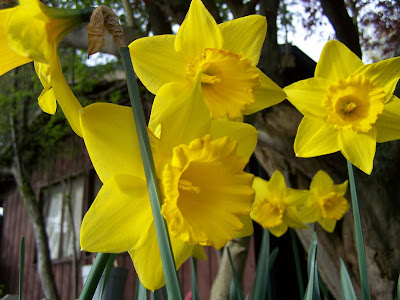 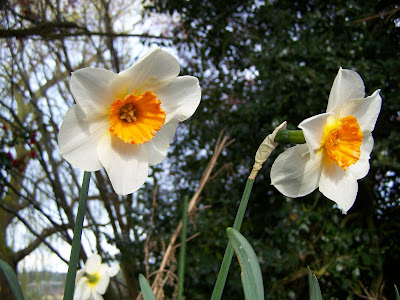 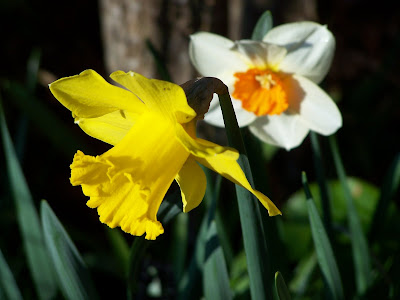 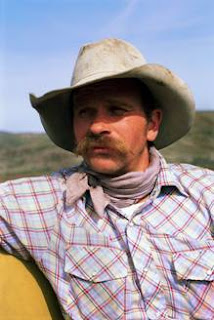 A cowboy appeared before Saint Peter at the Pearly Gates.
“Have you ever done anything of particular merit?” Saint Peter asked.

“Well, I can think on one thing,” the cowboy offered.

“On a trip to the Black Hills, out in South Dakota, I came upon a gang of bikers who were threatening a young woman. I directed them to leave her alone, but they wouldn’t listen. So, I approached the largest and most tattooed biker and smacked him in the face…. Kicked his bike over, ripped out his nose ring, and threw it on the ground. I yelled, “now, back off or I’ll kick the s--- out of all of you!”

Saint Peter was impressed, “when did this happen?”

“Couple of minutes ago.”

Posted by Jennifer AKA keewee at 8:57 AM 2 comments: