On Thursday during our stay in Prescott AZ we were very fortunate to be able to tour the Ruger factory where some very nice firearms are being manufactured. Just a little information about the facility: it is located adjacent to the Prescott Airport and does not conduct tours for visitors, but at out annual Gun Blogger Rendezvous, we happened to mention to Lori Petoske, marketing support coordinator for the company, that we would be in Prescott in October, where their manufacturing facility was located, and how much we would like to be able to visit and look around. Lori spoke to the right people, and voila! we were able to take the tour. 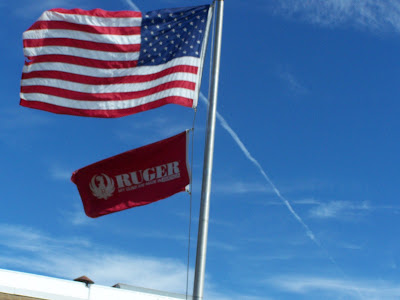 There was a fairly stiff breeze blowing, but I did manage to get a photo of the flags on the front of the building before the wind whipped them into a crumpled mass. 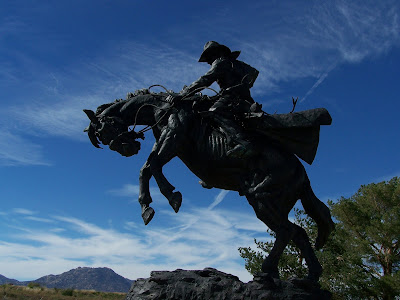 This bronze sculpture of a cowboy sits in front of the Prescott, Arizona manufacturing facility of Sturm Ruger. 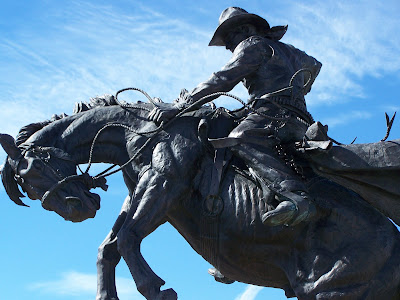 The inscription on the plaque at the base of the statue reads,
“An Honest Days Work”
by Fred Fellows.

In the vast reaches of the American West
the work ethic still exists.
The man who makes his living on horses
that are bound to buck, earns his pay.
A good hand is loyal to his outfit, meets a challenge,
and takes pride in an honest days work. 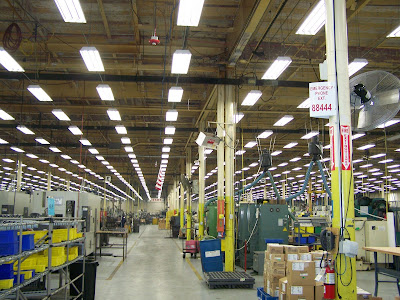 The factory is huge, this is just a very small area of the facility. 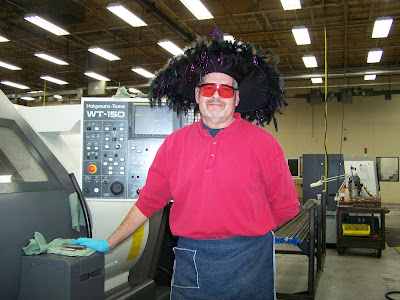 This gentleman very kindly allowed me to take his picture. As you can guess, our visit was just before Halloween and he was celebrating in his own way, by wearing this very stylish witch's hat *grin*
Something I noticed as we walked by the workers, is the pride they take in their work. A couple of the guys were only too happy to show us the parts they were working on, and I could clearly see the pride shining in their eyes. I think Mr Ruger, (since passed away) who bought the cowboy sculpture to grace the area in front of his facility, felt the cowboy creed and work ethic of A good hand is loyal to his outfit, meets a challenge, and takes pride in an honest days work. is just as important today as it was yesteryear. 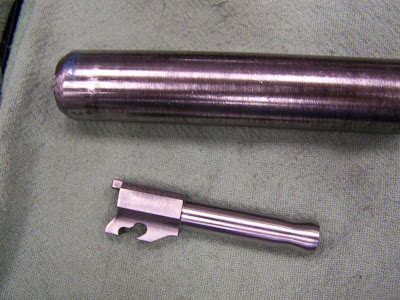 As we were guided around the factory by Jim Elliott, Plant manager, he explained how the system of manufacturing parts was undergoing a revamp. Formerly a particular part, say for instance, the barrel of a gun, starting out as a solid piece of metal, went to the first machine, where it was worked on, placed in a wire basket then sat around until it went on to the next machine. Now the whole way of manufacturing a specific part has been, and is still undergoing re-organization of the machines so they are all in lines. This means the barrel, which starts out as a solid piece of metal, goes to the first lathe/milling machine goes through the first process, then is passed to a worker on the next machine, and so on down the line, until the finished product comes off the end of the line. This is a very efficient use of floor space, and means there are no baskets of parts sitting around all over the facility for days, waiting to go to the next stage to be worked on. 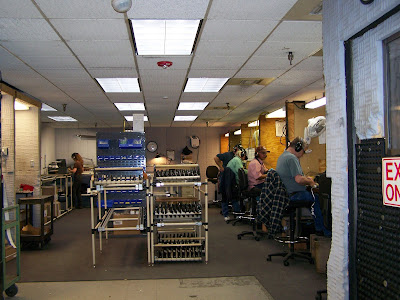 This was the next to last place we visited. This is where every weapon which is now fully assembled, is put through it's paces. About five rounds are shot through every gun so as to find any possible problems in it's performance, and if one is discovered then there are baskets of new parts to be installed before the problem gun is once again tested. The final action before the weapon is sent on, is one more round is fired, the casing placed in a small envelope which is put with the gun, so the buyer of that particular weapon knows it has been thoroughly tested.
From here the tested weapons go right next door, where they are boxed and made ready for distribution.

This was a very interesting tour of the Ruger plant, and I am sure you, the women readers of Keewee's Corner, are asking "what on earth do you find interesting about a factory which manufactures guns?" Well, my answer is this, as far back as I remember, I have always been fascinated by what makes things tick, so to speak. Watching the lathe and milling machines performing their very accurate machining, then seeing the end result, was very interesting, and of course, being a pistol shooter, it was great to see what goes in to making a gun.

My thanks goes to Lori Petoske, who helped to make the tour happen, and to Jim Elliott, plant manager, who took time from his busy schedule, to show us around and explain how the facility functions.

HERE is Mr C's blogpost on our visit to Ruger

Posted by Jennifer AKA keewee at 9:12 AM

What a great day for the two of you! That is a very interesting post.
Gail