Our trip to Reno for the third annual Gun Blogger rendezvous , was the best yet. Every day was filled with fun things to do for everyone. I must admit my eyes start to glaze over after very much talk on guns, so I left the guys to discuss guns and shooting, and took myself off to the casinos. Just for the record, I did not come home with any winnings.
My report on the trip will be of the things I found interesting.
in the Circus Circus On Thursday evening we attended a NRA press conference. No big news,no surprises. NRA to endorse McCain/Palin. Obama is anti gun. Afterwards we all enjoyed dinner at Smokin' Gecko's MrC and I had finger lickin' tasty ribs.

Friday we went on a tour of Cabela's. What an impressive store. 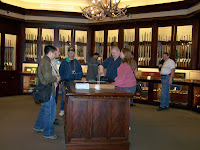 The gun library was very classy indeed, with many quite expensive guns for the serious gun collector. Also some guns which were of a reasonable price. MrC bought a new gun for his collection. 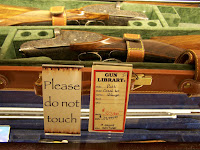 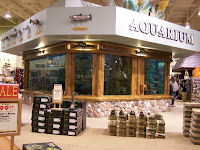 I spent quite a lot of time watching the fish in this lovely aquarium. 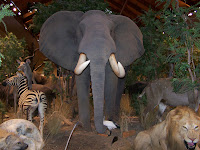 As long as I can remember, I have been fascinated by the animals of Africa, so seeing all these fabulous animals in Cabela's, I felt I had been on an African safari.
There were many, many more animals I could have taken pictures of but I had to draw the line somewhere. 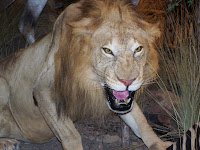 It looks as though he is telling you to "back off, this is my zebra and I'm not sharing" 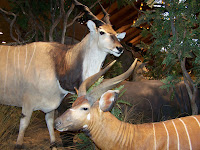 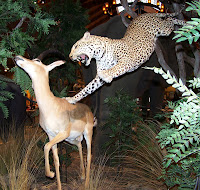 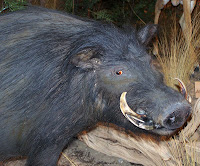 You wouldn't want to meet up with this boar, those tusks could do some serious damage. 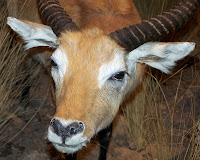 What a gentle sweet face. 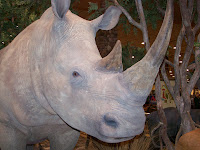 Such tiny eyes for such a large animal. 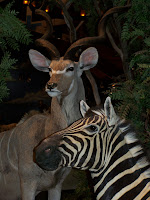 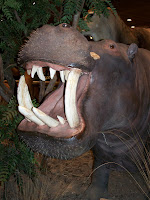 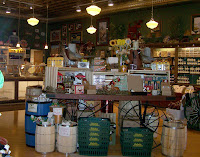 We had to stop in at the general store, and taste some of the different kinds of fudge. Of course I had to buy a couple of small pieces. 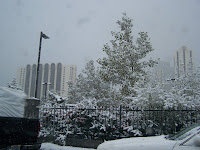 When we departed Cabela's we were surprised to find that it had snowed.

Here is a partial list of posts by some of the other bloggers who attended the Rendezvous. The list was shamelessly stolen from MrC. Thanks honey.

Walls of the City
It goes boom

Don't tell me you didn't buy the gun, it was a bargin! Ha Ha, and you had snow. I want snow