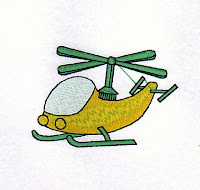 I am working 4-1/2 days straight, covering vacation time for one of my co-workers, and will not have too much time for story telling, but I have a few things I have saved for such an occasion. Hope you get a chuckle out of this cute joke, I did say chuckle, not, roll on floor laughing!

Morris and his wife Esther went to the state fair every year, and every year Morris would say, "Esther, I'd like to ride in that helicopter".

One year Esther and Morris went to the fair, and Morris said, "Esther, I'm 85 years old. If I don't ride that helicopter, I might never get another chance."

The pilot overheard the couple and said, "Folks I'll make you a deal. I'll take the both of you for a ride. If you can stay quiet for the entire ride and not say a word I won't charge you! But if you say one word, it's 50 dollars."

Morris and Esther agreed and up they went.The pilot did all kind of fancy maneuvers, but not a word was heard. He did his daredevil tricks over and over again, but still not a word. When they landed, the pilot turned to Morris and said, "By golly, I did everything I could to get you to yell out, but you didn't. I'm impressed!"

Morris replied, "Well, to tell you the truth, I almost said something when Esther fell out, but you know -- 50 dollars is 50 dollars."

Posted by Jennifer AKA keewee at 8:16 AM

I'm not sure that 50 dollars is 50 dollars always means the same thing.

Thanks for the chuckle.
Cas